During its maiden voyage in May 1962, a Centaur upper stage rocket, mated to an Atlas Booster, exploded 54 seconds after launch, engulfing the rocket in a huge fireball. Investigation revealed that Centaur’s light, stainless-steel tank had split open, spilling its liquid-hydrogen fuel on its sides, where the flame of the rocket exhaust immediately ignited it. Coming less than a year after President Kennedy had made landing human beings on the Moon a national priority, the loss of Centaur was regarded as a serious setback for the National Aeronautics and Space Administration (NASA). During the failure investigation, Homer Newell, Director of Space Sciences, ruefully declared: “Taming liquid hydrogen to the point where expensive operational space missions can be committed to it has turned out to be more difficult than anyone supposed at the outset.”

Science in Flux” traces the history of one of the most powerful nuclear test reactors in the United States and the only nuclear facility ever built by NASA. In the late 1950s NASA constructed Plum Brook Station on a vast tract of undeveloped land near Sandusky, Ohio. Once fully operational in 1963, it supported basic research for NASA’s nuclear rocket program (NERVA). Plum Brook represents a significant, if largely forgotten, story of nuclear research, political change, and the professional culture of the scientists and engineers who devoted their lives to construct and operate the facility. In 1973, after only a decade of research, the government shut Plum Brook down before many of its experiments could be completed. Even the valiant attempt to redefine the reactor as an environmental analysis tool failed.

The fuel crisis of the 1970s threatened not only the airline industry but also the future of American prosperity itself. It also served as the genesis of technological ingenuity and innovation from a group of scientists and engineers at NASA, who initiated planning exercises to explore new fuel-saving technologies. What emerged was a series of technologically daring aeronautical programs with the potential to reduce by an astonishing 50 percent the amount of fuel used by the nation's commercial and military aircraft. 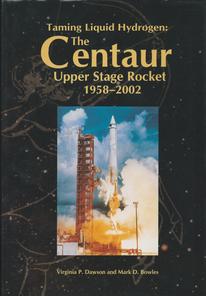 The top three books each won the American Institute of Astronautics and Aeronautics (AIAA) yearly award for "best historical manuscript dealing with the science, technology, and/or impact of aeronautics and astronautics on society."

This Book is Shelved in 399 Libraries Worldwide.

This Book is Shelved in 406 Libraries Worldwide.

On December 17, 1903, Orville and Wilbur Wright successfully flew the world’s first powered, controlled, heavier-than-air airplane. Since that first flight over North Carolina’s windswept dunes and the subsequent flights in Ohio, many others have contributed to realizing the human dream of flight—not merely above Earth, but also beyond the atmosphere. This symposium honors the Wright brothers’ invention and the contributions of scientists, engineers, daredevil pilots, bold entrepreneurs, military strategists, and creative administrators and managers who contributed to placing human flight among the most important technical achievements of the twentieth century.”

This Book is Shelved in 336 Libraries Worldwide.

This Book is Shelved in 692 Libraries Worldwide. 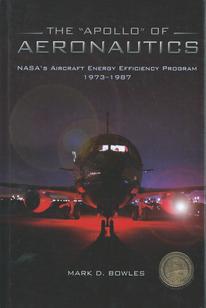 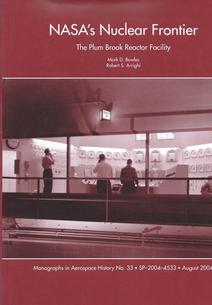 This Book is Shelved in 479 Libraries Worldwide. 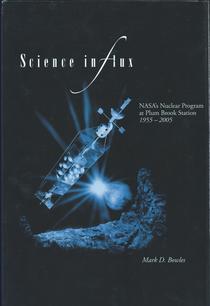 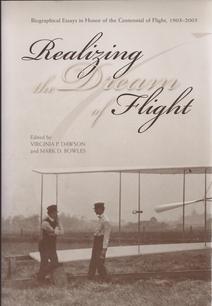 This book is a visual history of the NASA Plum Brook Nuclear Reactor. In 1956 NASA’s predecessor, the National Advisory Committee for Aeronautics (NACA), began to design and build a massive test reactor at Plum Brook. By the time the reactor was completed in 1961, President Kennedy had suspended the nuclear aircraft program for safety and technical reasons. However, in its place he advocated an even bolder plan—a nuclear rocket. Despite the promise of their work, many of the experiments were never concluded. In 1973, just over a decade after Kennedy first extolled the nuclear rocket’s importance, the project shared the fate of the nuclear airplane. In the post-Apollo era, NASA terminated costly, long-term, nonreusable projects like the nuclear rocket in favor of programs that appeared to have greater immediate payoff like the Space Shuttle. Two weeks after Apollo’s last mission, Plum Brook was ordered to shut down its reactor. In 1998, a decommissioning plan was formulated to demolish the reactor piece by piece.